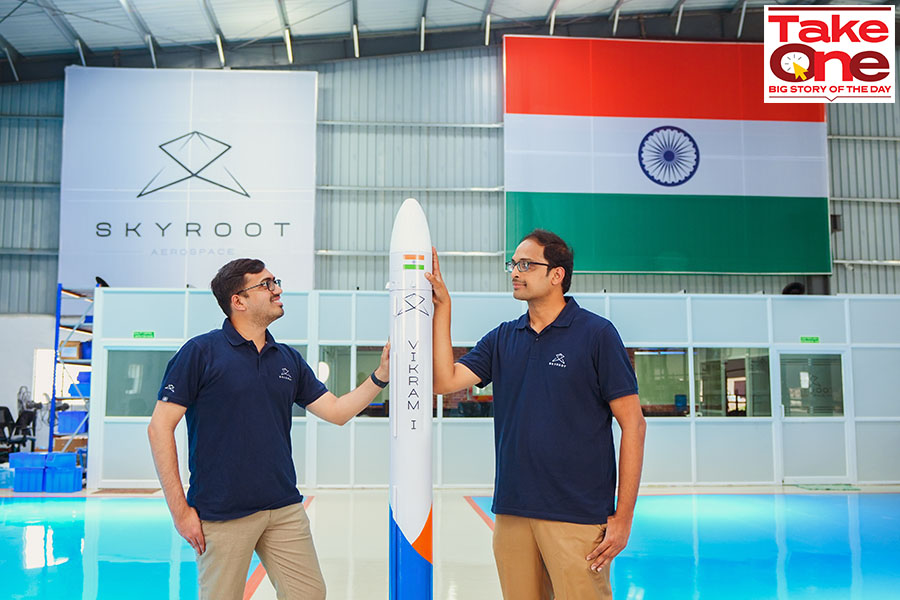 Low Earth orbit satellites are all the rage, with tens of thousands being planned for launch by private businesses as well as governments around the world, especially the US.

One Indian space rocket startup is looking at this opportunity to put its own business into a new orbit never seen before by any private space company in the country. Skyroot Aerospace made a small bit of Indian space startup history, when it announced $51 million in funding from Singapore’s GIC (Government Investment Corporation) earlier this month.

As part of the investment, Mayank Rawat, managing director of GIC India Direct Investment Group, will join Skyroot’s Board.

That’s the biggest funding, by far, raised by any Indian space startup. Satellite maker Pixxel, also in Bengaluru, had raised $28 million in a round in 2021 and an undisclosed amount in August this year, according to private markets intelligence provider Tracxn. In March, Economic Times reported that Pixxel raised $25 million from Canadian firm Radical Ventures.

At Skyroot, the money will allow founders Pawan Kumar Chandana and Naga Bharath Daka —and their team of 200—commercialise their first rocket Vikram I, next year, increase the frequency of launches, and then accelerate the development of two heavier rockets in this series Vikram II and III.

Chandana and Daka, both former Isro scientists, started Skyroot only in 2018, and they have already completed a full ground test of all the stages of Vikram I. A technology demonstrator launch is likely to happen this year itself.

“This round puts us in a trajectory of hyper-growth by funding all of our initial launches, and enables building infrastructure to meet high launch cadence required by our satellite customers,” Chandana said.

“Our goal is to become the best-in-class launch services provider and go-to destination for affordable and reliable small satellite launches,” he added.

For now, it still takes 4-6 months for Skyroot to put together one rocket. Over time, the aim is to be able to offer one launch every month to customers and eventually one every week.

Chandana also adds: “One launch every day is highly aspirational, but we believe it is possible.”

The Hyderabad-based company has validated all three propulsion technologies in its first space launch vehicle, and completed a full duration test of one of the rocket stages in May.
“We have started booking payload slots for our upcoming launches,” Daka said.

Skyroot’s Vikram series of rockets are built with all-carbon-fibre structures, and can launch up to 800 kg of payloads to Low Earth Orbits (LEO).

The growing popularity of low earth orbit satellites is because launch costs are lower for this orbit than for geosynchronous or medium-earth orbits, giving more companies and nations access to space, and LEO can also accommodate smaller, cheaper spacecraft, consultancy McKinsey notes.

Also read: Indian space startups ready for take off in 2022

America’s space agency Nasa has also been encouraging commercial activity in LEO, according to McKinsey. Overall, about 60 to 70 percent of space-company funding is now directed at LEO endeavours.

Skyroot has also struck partnerships with other Indian startups, as well as companies overseas. In 2021, the company signed a memorandum of understanding with Bellatrix Aerospace, an in-space propulsion system maker, under which the latter’s orbital transfer vehicle will launch on Skyroot’s rockets. 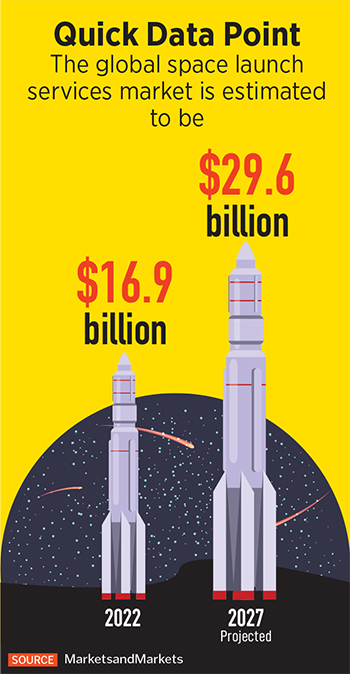 Chandana sees this partnership as “highly complementary”, because Skyroot takes payloads from earth to space and Bellatrix is working on sending the payloads to specific locations once the satellites are in space.

HEX20, which provides satellite platforms and mission services, will work with Skyroot to provide launch services, spacecraft avionics and components to Australian space projects. QL Space, a mining technology developer, will partner with Skyroot on launch facilities in Australia and support joint mineral exploration missions in space, according to The Week.

He was interested in being a space entrepreneur from his younger days, influenced by watching Isro’s rocket launches, he recalls. However, after a dual degree in mechanical engineering and thermal science from IIT-Kharagpur, he baulked at the prospect and did the next best thing instead, taking a job with Isro, where he worked on rocket projects for five years.

It was also where he met Daka, an electronics and software expert. When they started in 2018, one of the first questions potential investors would ask them was: “Where is the policy?”

Since then, India has set out clear policies, setting out its intention to encourage private space ventures in the country. It has also created the government institutional infrastructure to help Indian space economy startups connect with global customers.

And other companies such as Pixxel, Bellatrix, Agnikul, GalaxEye and Dhruva are also attracting interest at various levels. The opportunity ahead is large. For example, the space launch services segment alone is expected to more than double from this year to about $30 billion by 2027, according to market researcher MarketsandMarkets.

And Chandana points out, overall, India’s share of the global space market is only about 2 percent. As startups like Skyroot win global investor backing, and start offering their services to customers worldwide, that could change. And the $50-million-plus investment itself will probably be seen as a pivotal moment.

“Breaking this financial glass ceiling, at series B, is actually real sign of growth of the ecosystem,” Chandana says. “I’m sure this will open doors and bring comfort to other investors to invest in Indian space startups.”