A MARVEL CARD BATTLE WHERE YOU FIGHT WITH VARIOUS ILLUSTRATED CARDS FROM COMICS TO CARTOONS!

MARVEL SNAP is a high-speed card battle where you form your own “Marvel team” and compete for successive locations. Marvel’s heroes and villains are made into cards in various visuals, such as comics and cartoons. Use them to compete for over 50 locations that have appeared in successive series. Collect heroes and villains from the “Marvel Universe” such as Iron Man, Spider-Man, Hulk, Captain America, Loki, and Mighty Thor to create the strongest team! 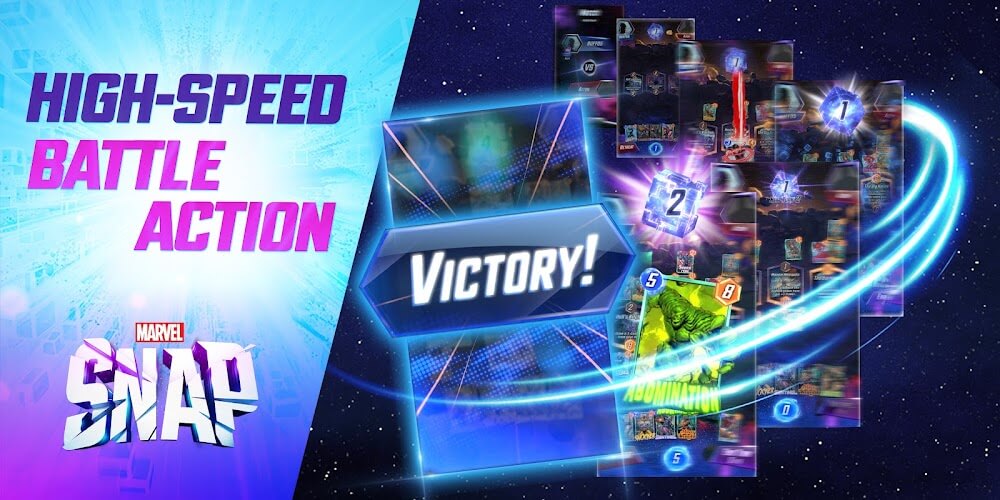 A CARD BATTLE WHERE YOU COMPETE FOR 3 LOCATIONS WITH THE PLACED CARDS!

Three locations are set up randomly on the field, and hero and villain cards are placed in each to compete for that location. Each card has a required cost, power, special ability, etc., and up to 4 cards can be placed in each location. Locations also have various effects, so combine them with card abilities to adjust overall power. In the final turn, you can acquire a location with higher power than your opponent, and the one who steals 2 or more locations will win. 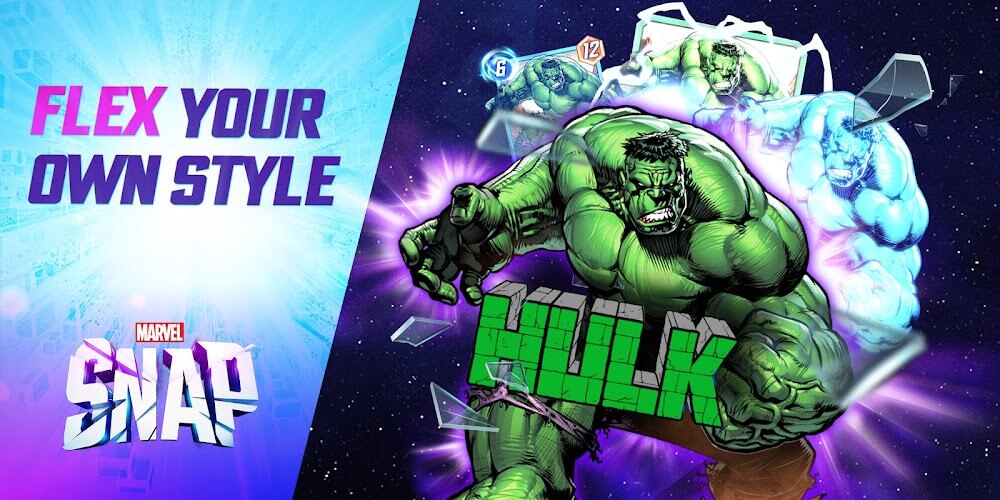 Each card has a collection level, which can be upgraded by using materials. As the collection level increases, more cards will be released, allowing you to organize a variety of decks. The deck consists of 12 cards, and you can save multiple decks, so let’s create various decks that match the way you fight. 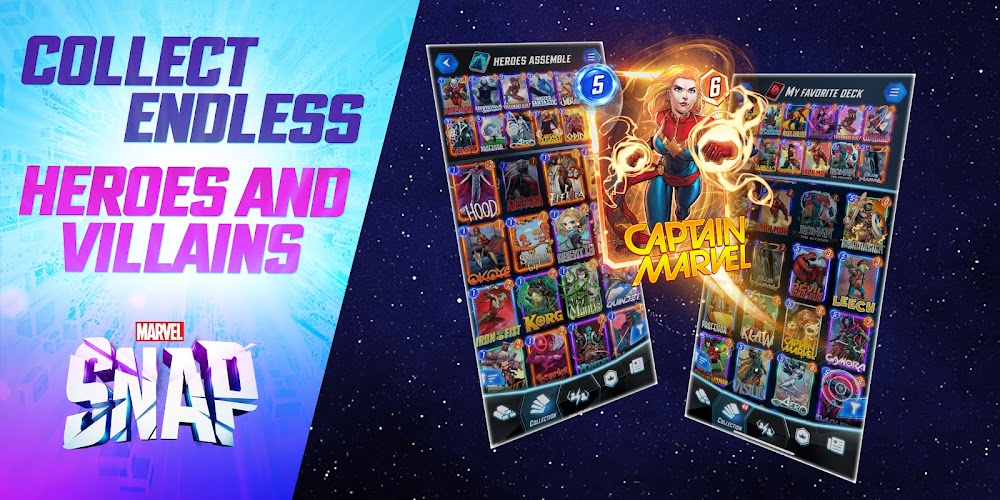 There are many types of card art! I can’t help but collect these! The key to this title is probably the colorful card art. For each hero and villain, the original comic version, chibi character version, cartoon version, etc. are pretty collectible. To be honest, just collecting cards can be exciting, so if you’re a Marvel fan, you can recommend it without hesitation! 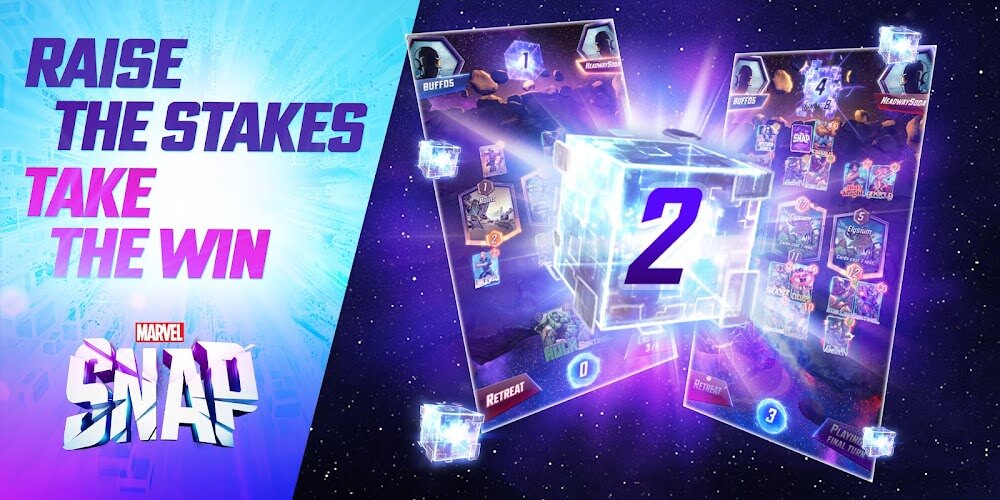 As a card game, it can be said that it is a straightforward rule that all you have to do is combine the power of the cards to create a greater total power. However, each card’s cost and unique abilities are involved, and the location also has unique abilities, so the point is that you can create a wide variety of strategies depending on the combination. Since the location is randomly placed every time, the point that it will not be the same development is also quite deep. 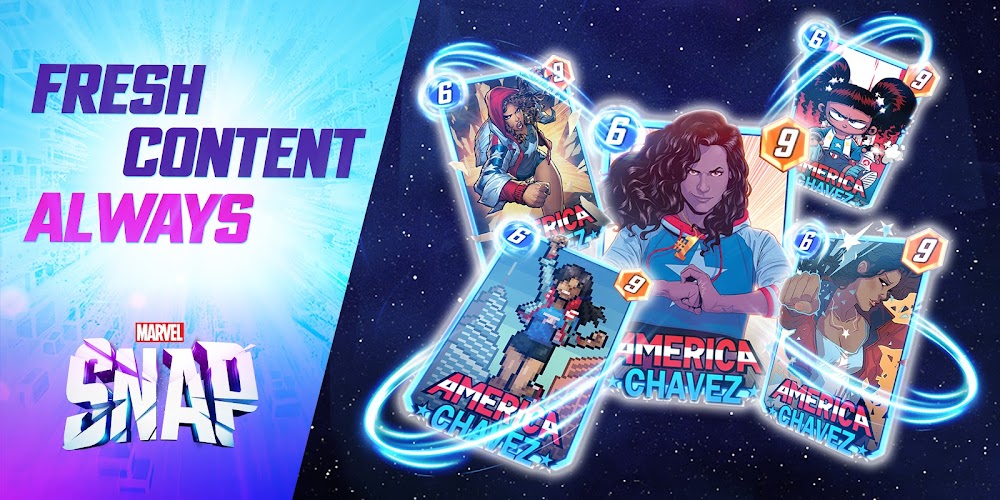 CARD UPGRADES THAT ENHANCE “COLLECTION” INSTEAD OF “STRENGTH”!

When it comes to card upgrades, you might think that the card will become stronger, but in this title, the performance of the card itself does not change. It is characterized by the fact that the visual aspect is enhanced, such as a beautiful frame on the illustration and the addition of a 3D effect. Moreover, by raising the collection level of each card, new cards will be released, so it is also interesting to increase the collection.