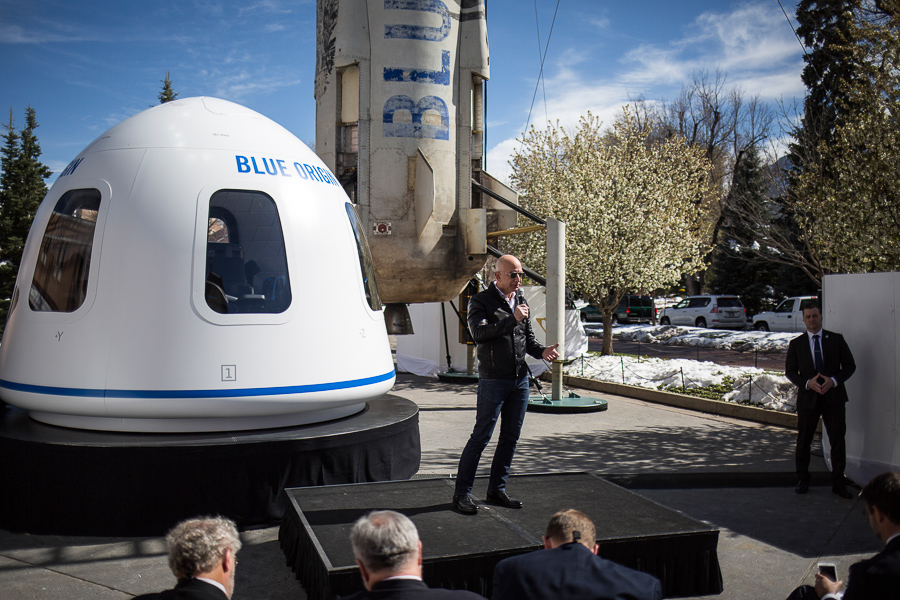 Jeff Bezos in front of Blue Origin’s New Shepard system during the Space Symposium in Colorado Springs, Colo., April 5, 2017. On Tuesday, Jeff Bezos, the richest human being in the universe, who will strap into a capsule built by his rocket company, Blue Origin, and blast off to more than 62 miles above West Texas; Image: Nick Cote/The New York Times

VAN HORN, Texas — Jeff Bezos, the richest human in the world, went to space Tuesday. It was a brief jaunt — rising more than 65 miles into the sky above West Texas — in a spacecraft that was built by Bezos’ rocket company, Blue Origin.While Bezos was beaten to space last week by Richard Branson, the British entrepreneur who flew in a rocket plane from his company Virgin Galactic, some analysts consider Blue Origin, founded by Bezos more than 20 years ago, to be a more significant contender in the future space economy. The company has ambitions of a scale far beyond short flights for space tourists, and it is backed by the entrepreneur who made Amazon into an economic powerhouse.Lori Garver, who served as deputy administrator of NASA during the Obama administration, said Bezos “has a huge, long-term vision that is multigenerational.” She added that his intent for Blue Origin was to “compete for even higher stakes” in the growing business of space.In 2017, Bezos announced that he would sell $1 billion of Amazon stock a year to fund the space venture, and Blue Origin has already pursued a range of business opportunities, such as trying to win contracts for a moon lander for NASA astronauts as well as launching satellites for the Department of Defense on large reusable rockets.In recent years before he stepped down as CEO of Amazon, Bezos would typically spend a day a week — usually Wednesdays — focused on Blue Origin. That Bezos was seated in the capsule for Tuesday’s space trip makes plain that he is putting spaceflight at the top of his spending list.“The only way that I can see to deploy this much financial resource is by converting my Amazon winnings into space travel,” he said a few years ago, couching his investment as a form of philanthropy.Bezos has described a vision of humanity’s future that is influenced by the proposals of Gerard K. O’Neill, a Princeton physicist. In the 1970s, O’Neill proposed giant cylinder-shape space colonies that in great enough numbers would support far more people and industry than are possible on Earth. 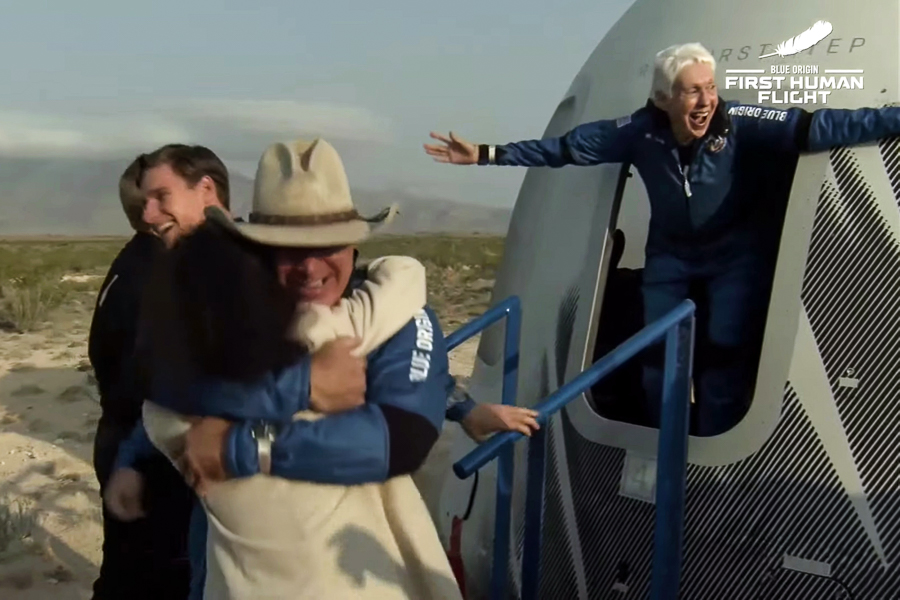