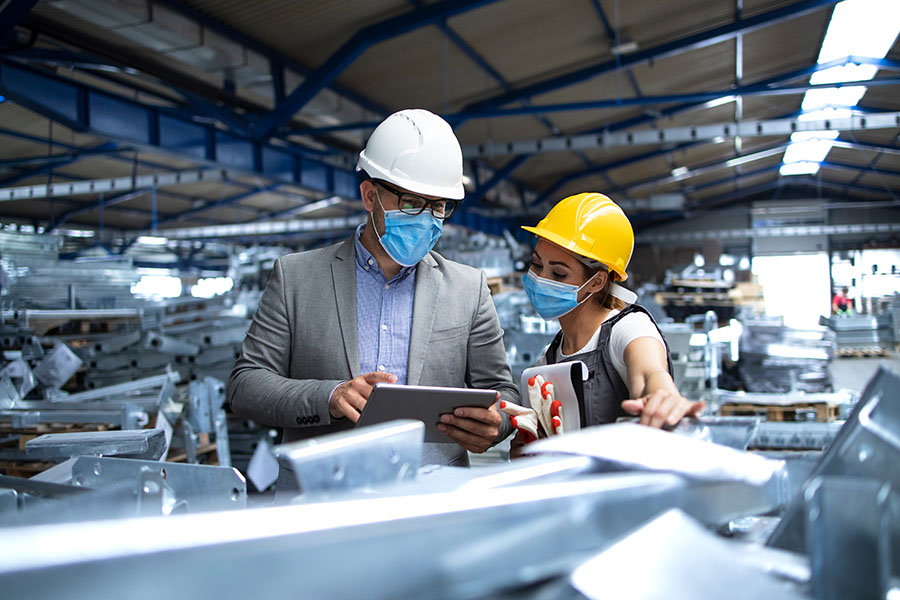 You lose production capacity every time you change things like scent, size, or packaging
Image: Shutterstock

As they are busy sorting through which operational changes will endure and which will fall by the wayside, Marty Lariviere, a professor of operations at the Kellogg School and coauthor of The Operations Room blog, expects fewer seismic changes going forward than many may be envisioning.

But that’s not to say it will all be business as usual.

“We’ve already had something of a return to normalcy,” he says. “But there are aspects of convenience—like click-and-collect grocery and grocery delivery—that are not going away.”

Here, Lariviere offers three predictions for the next year and beyond.

Consumer-Goods Companies Will Keep It Simple

In a stable economy, product variety is a hallmark of consumer goods: businesses lure customers with choice and compete on new offerings.
But the pandemic shrunk variety across consumer goods.

Both online and brick-and-mortar stores stocked fewer SKUs, a trend that extended across product categories early in the pandemic. Grocery stores, for example, reduced their average number of items by 7.3 percent early in the pandemic. Producers dropped less-popular products to streamline production—a common cost-reduction strategy.

“You lose production capacity every time you change things like scent, size, or packaging,” Lariviere says.

When customers just want common items such as disinfect wipes in stock, whether they come in lavender or lemon scents matters less than availability. Maintaining a wider variety of products also makes forecasting demand and inventory management more challenging at a time when companies are striving for efficiency.

Lariviere and others predict that this streamlined trend is likely to continue, at least for the near term. Customers have become accustomed to smaller product choice, he says, while stores will be unlikely to diversify beyond what they know already sells.

“Over time, wider selections might come back. But for right now, unless you can really convince stores that it’s going to drive a lot more demand, I don’t think they would be anxious to take on the complexity of having more variety,” he says.

Regional shortages and panic buying are common before storms or natural disasters. The global nature of the pandemic meant that every region shared that strain. And early in the pandemic, runs on certain products—think toilet paper and pasta—left many consumers with the impression that global supply chains are vulnerable.

But most supply chains ultimately proved resilient. In Lariviere’s view, rather than bolstering inventory to safeguard against future shocks, companies will likely return to something close to business as usual.

“We may see some tweaking around the edges, but no dramatic sea change,” he says. “It’s too expensive.”

The rise of just-in-time supply-chain management means companies have little incentive to produce excess inventory, only to store it in a warehouse until the next crisis.

“In a steady state, people like cheap stuff,” he says. “Would you be willing to pay an extra 20 cents on a package of paper towels if it meant that there was, somewhere, a big inventory or idle production capacity that would be called upon in an emergency? Unlikely.” In fact, the paper company Kimberly Clark is reporting lower toilet paper sales, with many consumers now working through their home inventories.

So Lariviere thinks there will always be some fragility in the system—and thus the potential for shortages—especially for commodities and consumer goods.

“Supermarkets and Target and firms like that are always first and foremost going to be competing on price,” Lariviere says. “They’re not going to be in a place where they can sustain carrying lots of excess inventory for terribly long.”

Even items such as PPE fall under some of the same pressures, which may leave us vulnerable to the next public-health crisis, unless policymakers intervene.

“It’s hard to imagine a national stockpile without government subsidizing production and storage,” Lariviere says. “Hospitals are already under cost pressures, so they can’t afford to stock up on excess supplies. That price pressure is not going to go away.”

The Travel Industry Will Struggle with Pricing

Much has been made of the pandemic’s impact on the travel industry. But according to Lariviere, one of the industry’s greatest challenges for the foreseeable future has largely fallen under the radar: how to price their services.

For decades, travel companies—especially airlines and hotels—built business around dynamic pricing and revenue management, or adjusting prices based on historical data and timing. Armed with extensive data on sales and customer habits, airlines have mastered the practice of demand forecasting. As a result, customers with neighboring plane seats often pay different prices for the same service.

“The magic is selling some seats at $300 early while making sure there are seats to sell at $2,000 later,” Lariviere says.

But the last year has upended these practices. Airlines and hotels have gone from being able to precisely pinpoint demand to having to guess. So while there may be a lot of pent-up travel demand among customers, efficient revenue management is going to be tough.

“We now have a year with no data, and the years of data before the pandemic won’t guide these companies terribly well for the next two years,” Lariviere says.

Consider the uncertainty facing airlines, which have reason to fear that business travelers, their most lucrative customers, may be slow to return at pre-pandemic levels. (The Global Business Travel Association forecasts it will take until 2025 for business travel to fully recover.) Consumer behavior in leisure travel is also highly uncertain. The CDC has issued travel guidance for fully vaccinated people, but variants continue to spread and children remain unvaccinated, so consumer preferences may take time to catch up to public safety.

All this means that the traditional model of “sell cheap early and expensive late” may still work—or it might need to be tweaked.

“Airlines and hotels are going to have to be ready to retool their pricing very quickly,” Lariviere says. “Forecasting demand at different price levels, that’s going to take a while to get straightened out.”


[This article has been republished, with permission, from Kellogg Insight, the faculty research & ideas magazine of Kellogg School of Management at Northwestern University]